This page is the brochure for your selected program. You can view the provided information for this program on this page and click on the available buttons for additional options.

The journey begins in Amman, where regular field trips foster a "living classroom" for students to experience and apply what they learn. There are also several academic excursions to sites and cities - including Petra, Wadi Rum, the Dead Sea, Madaba and neighboring Mount Nebo, and Jesus’ Baptism site on the Jordan River - in addition to some weekends left open for additional travel.

In addition to taking two courses and visiting the above-mentioned places, students will learn more about Jordan through extracurricular cultural activities, academic lectures, film screenings, and more offered on-site at the center. 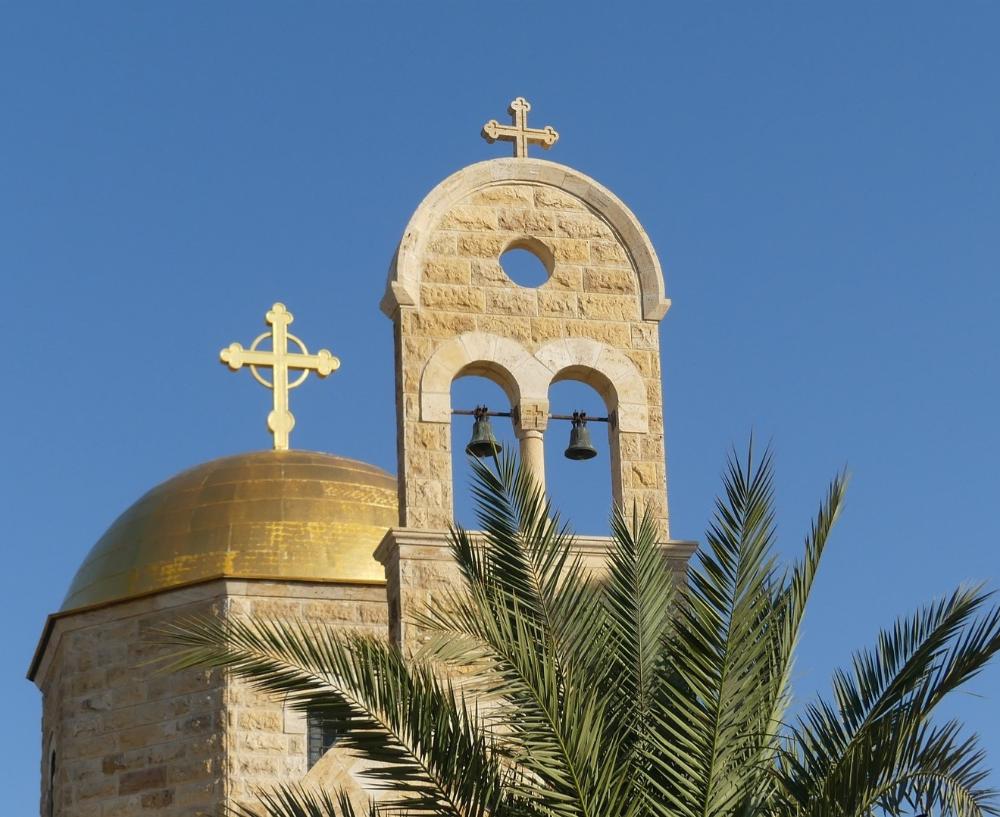 Arabic and English are Jordan’s official languages. Students will find that Jordan is an exciting and supportive community to put Arabic language skills - at any level - to use. Students who speak only English upon arrival will find a sufficient number of local English-speaking interlocutors.

Students will quickly find that the cosmopolitan city of Amman is home to not only Jordanians but also people who are originally from other Middle Eastern countries including Palestine/Israel, Syria, Iraq, and Lebanon, as well as a sizeable international expat community. More than 5% of the Jordanian population identifies as Christian, making Amman a fascinating location to explore Muslim-Christian relations.

Classes will be held at the Sijal House in central Amman. The Jabal Amman neighborhood where the center is located is a thriving cultural hub of the city. Students will find ample opportunity to explore Jordanian restaurants, art galleries, and shops.

Professor Elizabeth Guthrie leads the Jordan Summer Institute. She has coordinated Catholic University's Arabic language and culture program for five years. Previously she traveled and worked in many countries in the Middle East, including Jordan, Morocco, Lebanon, Egypt, Tunisia, and Turkey.

Students on this program enroll in two courses:

This course provides an introduction to Jordanian dialect, which shares many commonalities with the broader Levantine dialectic that is spoken in Palestine/Israel, Lebanon, and Syria. Jordanian dialect is widely understood across the Arab world, making it a useful dialect to begin learning.

Students will study the main features of this dialect to engage in authentic conversations with native Arabic speakers. To this end, student pairs will be matched with one Jordanian “Speaking Partner” to meet with once a week, either at the center or elsewhere, to review what they are learning to speak in the classroom and explore more that Amman has to offer.

Students will practice speaking and listening to this dialect beyond the traditional classroom walls by exploring Jordan’s famous sites and cities. Course time is thus split between the classroom and local site visits, including trips to markets, restaurants, Roman ruins, and neighborhoods.

NOTE: No prior knowledge of Arabic is required to enroll in this course. Course materials will be made available both in Arabic script and English transliteration.


Islam and Politics in the Modern World
3 credits, POL 331 / ARAB 228
Through studying how Muslims identify and view themselves in the changing world in which they live, this cross-listed course helps students to consider lived experiences of Islam as a body of practices and beliefs. In turn, this course refines one’s understanding of contemporary 21st century events in Jordan, the broader Middle Eastern region, and other Muslim communities around the world.

After briefly summarizing the traditional pillars and tenants of Islam, we will examine the effects of western colonialism on Islam, and society more generally, throughout the 19th and 20th centuries. We will highlight some major political and social movements inspired by this complex interaction.  The class will also consider central issues like the changing status of women and evolving international relations.

Frequent field trips in Jordan will supplement and reinforce concepts introduced in this class. Texts covered in class will include religious, political and literary writings, many written by seminal Muslim figures and leaders.

NOTE: This course is not a survey course and thus it does not describe the full breadth and scope of Islam’s history.

Host Families
Participants are invited to live with a Jordanian host family in pairs, meaning that another student will be lodging in the same home. This option offers more opportunities for social interaction and cultural integration to help you make the most out of your six weeks in Jordan. In addition, to offset the cost of traveling to campus each day, a travel stipend is provided.

Host families provide students with breakfast and dinner each day. The very beginning of our program takes place during Ramadan. Living with a host family could mean witnessing firsthand some of the traditions unique to this Muslim holy month.

Apartments
Upon special request, students who do not wish to stay with a host family may instead be housed in a shared apartment within walking distance of the center.

Students living in apartments will be responsible for procuring their own meals. Those who select the apartment option are given a small stipend to assist with their food expenses.

Meals
Students participating in the homestays receive breakfast and dinner each day as part of the program, except when traveling or on excursions. Students living in the apartments are responsible for their own meals, but will receive a stipend of 75 JOD to assist with food expenses.

In addition, several group meals are included in the program: a welcome dinner, a special Iftar celebration (a festive meal eaten at sunset to break the daily Ramadan fast for many Muslims), a camp dinner at Wadi Rum, and a farewell dinner. Five group lunches and one breakfast are also included as part of various program activities and excursions.